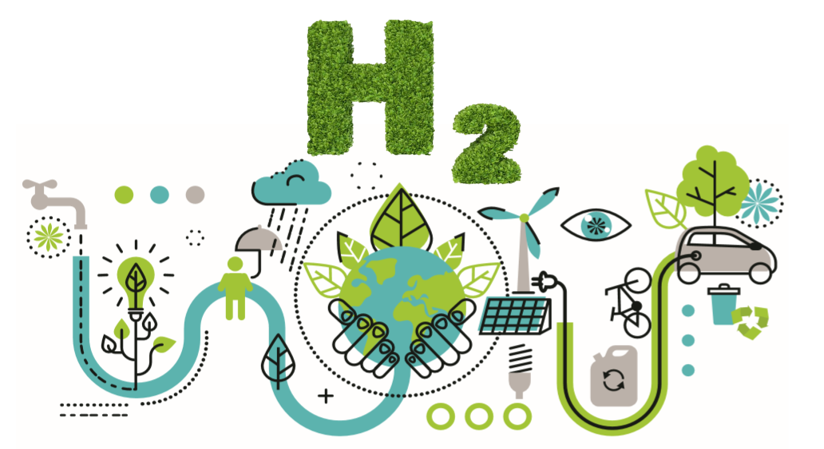 says Anja Karliczek, German Federal Minister of Education and Research - and this opinion is spreading ever faster in recent months. Hydrogen generated from renewable energy sources used to drive our clean cars, energy from hydrogen used decentral and stored or consumed whenever needed; hydrogen even substituting fossil oil and gas for heating in our homes, ... - multi-level decarbonization simply by combustion of hydrogen, generated from water as illustrated below (source: 2). Sounds to good to be true? A biased status review.

The scientific theory is well known:

But wait a minute - haven't we read comparable messages about hydrogen as a widely used fuel about 15 years ago? That apparently did not work out. Now, what's different this time?

In order to mitigate climate change, European Union once again leads the way. National governments pick up the ball and formulate own hydrogen targets on top, updating their renewable energy strategy and standards:

It is highly likely that in a distributed work environment, employees may experience loss of concentration and isolation. Care will need to be taken to ensure that employees do not work in silos, remain focused and work as part of a dedicated team to achieve organizational goals and objectives.

Energy from hydrogenic combustion is only really clean if the power previously required to generate pure hydrogen (H2) was generated from water (e.g., by way of electrolysis) powered by renewable sources like wind and sun ("green hydrogen"). In practice, today hydrogen is generated - at least in commercially relevant volumes - from hydrocarbons like methane (pure or as main component in natural gas).

In practice, today hydrogen is generated - at least in commercially relevant volumes - from hydrocarbons like methane (pure or as main component in natural gas).

3. Capital markets are ready for H2, investors willing to believe in the story and invest

Alternative energy and -mobility based on non-fossil fuels is hip. Not only since Corona, but the trend seems to be much reinforced and accelerated. In the shadow of the e-mobility hype surrounding Tesla & Co, stock listed companies with a hydrogen-based business model (graphics above (source 6) showing an illustrative selection) are no popular stocks that are noted on many watchlists. That might change as companies shares like Nel ASA or PowerCell increased by over 200% in one year.

4. Incumbents jump at the trend

It's interesting to see how quick a topic can gain importance to evolve from "idea" status to "mega trend". Although the preception is of course misleading that governmental policies and Corona-induced changed thinking acted as the key driver for hydrogen playing a more significant role in the economy. Whereas hydrogen was only a rudimentary topic during Q1/2020 analyst calls of leading utilities, it played a key role in presentation and discussion during Q2 calls as statistically documented by S&P in the graphic above (source: 7).

a. Hydrogen fuel already at cost parity with gasoline - But ...

Promoters argue that hydrogen fuel is already at the same cots level of gasoline. True: If you fuel up your hydrogen car at Shell, for instance, as one of the core partners in the "H2 Mobility Deutschland" initiative, you pay c. EUR 9,50 per kg H2 (e.g., https://www.shell.de/energiewende/cleaner-mobility/wasserstoff-mobilitaet.html), which has a range of c.100km. For the same amount you could buy let's say 7 - 7,5 liters of unleaded petrol, which might result in the same range (obviously depending on many other factors). But: In general, the hydrogen sold today is normally "grey" hydrogen (refer to 2.), hence from the environmental point of view not much improvement as CO2 is emitted. Once the CO2 generated in the production is captured and stored, the balance improves. The price for green hydrogen provided at the demand side is estimated to be 1,5 - 4,0 €/kg higher. With up-scaling of commercial electrolysers, researchers like BNEF forecast the price for green hydrogen to drop below grey hydrogen until 2030.

b. Safety in transport - significant progress made

The oxyhydrogen gas test was and probably still is a favorite in every chemistry lesson all over the world. It's not difficult to find famous examples of what happens when hydrogen evacuates from a sealed tank and gets in touch with oxygen (e.g., "Zeppelin", "hydrogen bomb"). In fact, it's exactly the energy from this reaction that we want to use, but in a controllable manner. Car manufacturers like Daimler invested many years in research in order to find a way to make the hydrogen tank of a car crack-resistant and accident-safe. According to publicly available R&D articles, they have succeeded. But what about the transport from production sites to demand site/filling stations? There are some really innovative solutions to solve this. One of them was invented by German start-up Hydrogenious (https://www.hydrogenious.net). What they basically do is: They bind the hydrogen in a chemical reaction to an oil, which functions as a carrier (liquid organic hydrogen carrier, "LOHC"). Most important: In this form, the hydrogen is absolutely inexplosive. At the demand site, the hydrogen can be separated from the carrier, which can be re-used as carrier again and again.

There are over 80 H2 filling stations in Germany (green dots in the map to the right; source: 8), being the frontrunner in Europe, as of today; by the end of 2020 it is planned to increase to >100. This grid might statistically have reached a size that enables a driver to travel from one filling station to the next, but compared to the 14.500 petrol stations we are far awy from practicability. Which would lead to the classical "chicken and egg" question: Do we need more H2 stations to foster sales of H2 cars or do we need more cars first to create demand for filling stations? Anyway, the question is somehow theoretical as the number of H2 car models available in the market is more than limited ...

"In a couple of decades, hydrogen could be as important for the world as oil was in the past", Uniper's CEO Andreas Schierenbeck said 10 days ago.

Personally, I have the feeling it won't take that long. Educated readers are well aware of the famous case studies ("e.g., Kodak on the future of digital photography; IBM on the future of PCs), showing that human kind tends to overestimate what can be done in one year - but underestimate chronically what can be accomplished in only ten years.

What does it mean for M&A activity?

It can be expected that the above-mentioned trends, potentially causing in time a similar hype like e-mobility, will also result in intensified M&A activity. Incumbent utilities, oil & gas companies and other participants in the energy eco-system will most likely path their way into that growth market by acquisitions. The next article in the hydrogen series will focus the M&A activity in the sector - stay tuned!

Pierre André Schneider is a partner of the investment banking advisory firm Proventis Partners GmbH in Munich. Based on his industrial track record as Member of Nordex' Executive Committee and previous consulting career with PwC Transactions Services and Accenture's Strategy Practice, he serves his clients with extensive M&A experience in the triangle of renewable energy, sustainability and industrials 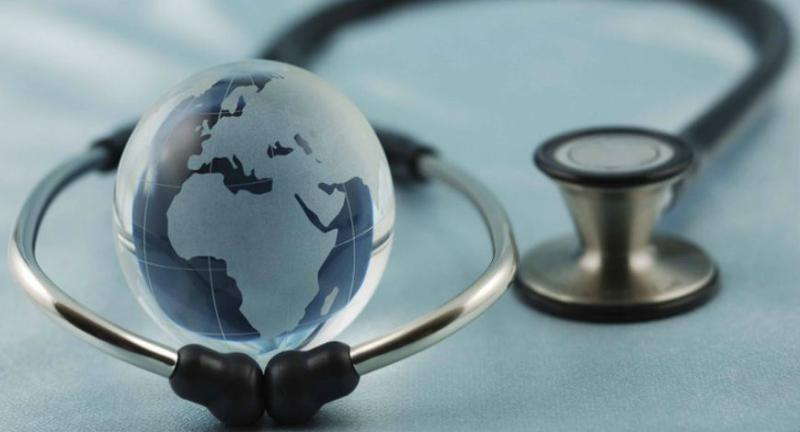 Covid-19 Impact: Why are PE investors shying off from pure equity deals? 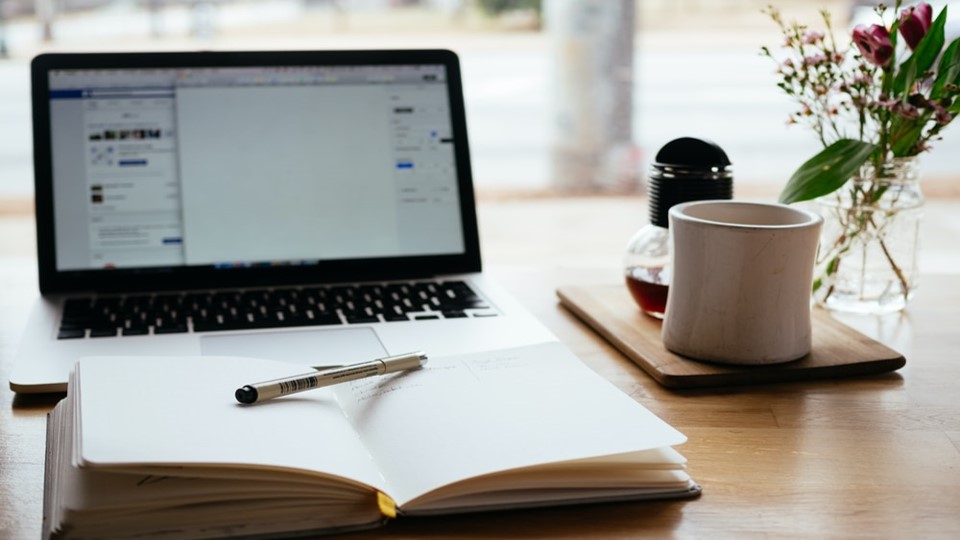 Virtual becoming the new normal in the wake of COVID-19 pandemic. Opinion piece by Mahesh Singhi. 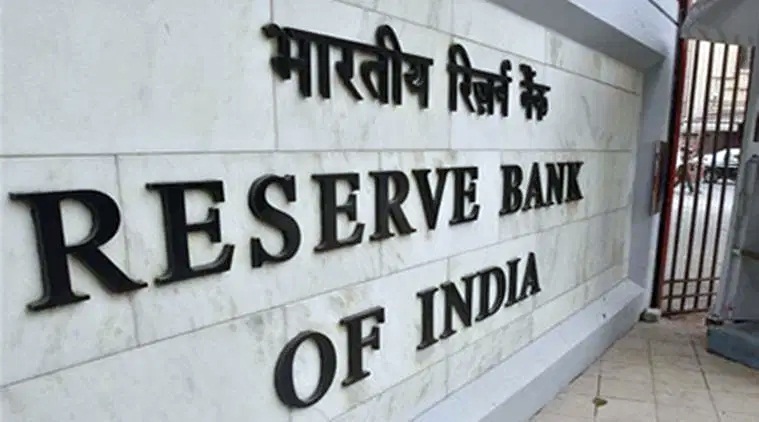 Mahesh Singhi from Singhi Advisors shares his insights on How India can witness the next big investment wave in the stressed assets segment?